GALATASARAY: 100 OF THE REPUBLIC (in Turkish, ‘hundred’ and ‘face’ are homophones; hence this phrase both means the face of the Republic and the hundredth year of the Republic).
While the Republic of Turkey celebrates the centennial of Mustafa Kemal Atatürk's declaration of the Republic on October 29, 1923, it heralded the beginning of a celebration year in Turkey. Galatasaray Sports Club, whose foundation is even older than the Republic of Turkey, asked us, as Artı Studio, to design a new visual identity for this year, as it is a club that always defends the Republic and its principles.
Imprimis, we combined three elements for the logo, which is the most important part that will carry this communication throughout the year; The first Turkish flag hung at the opening of the Turkish Congress, the infinity symbol symbolizing the future of the Republic, the Galatasaray logo, and the number '100', which is the combination of these three. For the logo's typography, we were inspired by the banner that reads "This is how we won the Republic" in one of the most famous photographs in Turkish history, taken after the War of Independence and revealing the conditions under which the war was won. We carefully studied the anatomy of the letters and faithfully modernized them into the font used in the logo.

CHOREOGRAPHY SHOW
One week before the 100th anniversary of the Republic of Turkey, the celebrations started with one of the most meaningful tribune choreographies in the history of Galatasaray, organized by the fan group UltrAslan, before the match at the Ali Sami Yen Sports Complex Nef Stadium. In one tribune, a massive map of Turkey appeared; on this map, we see Atatürk, who heralded the victory with his horse, the martyrs of the club in the War of Independence, and the image of the people holding the banner, which was used as an inspiration for the typography of the logo. Another tribune was covered with the 'Galatasaray: 100 of the Republic' logo, while another was covered with Atatürk's photograph and his signature for the club. This enormous choreography show was watched by millions of people live and turned into a Republic celebration that was shared thousands of times on social media, including by opposing team fans. 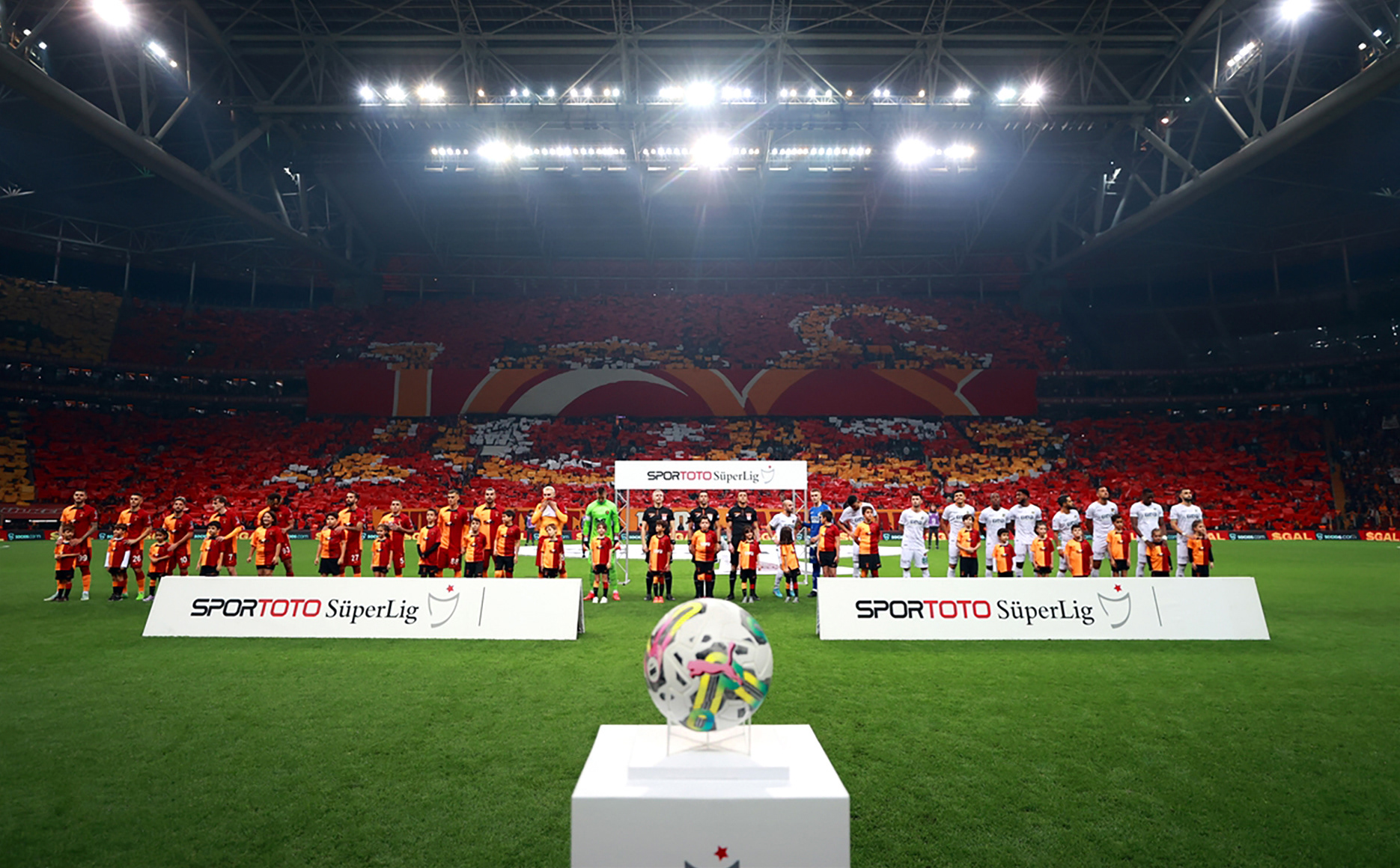 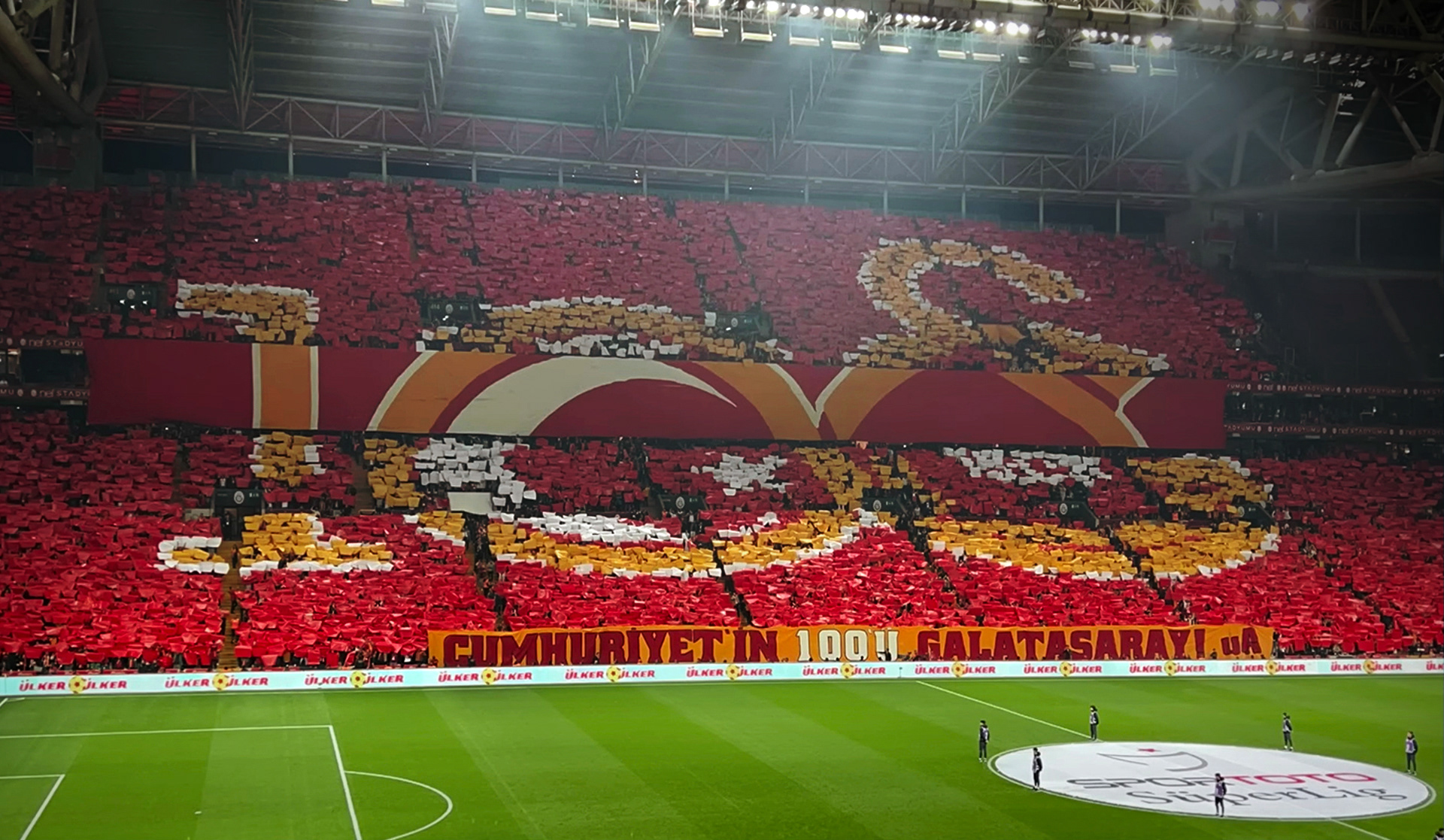 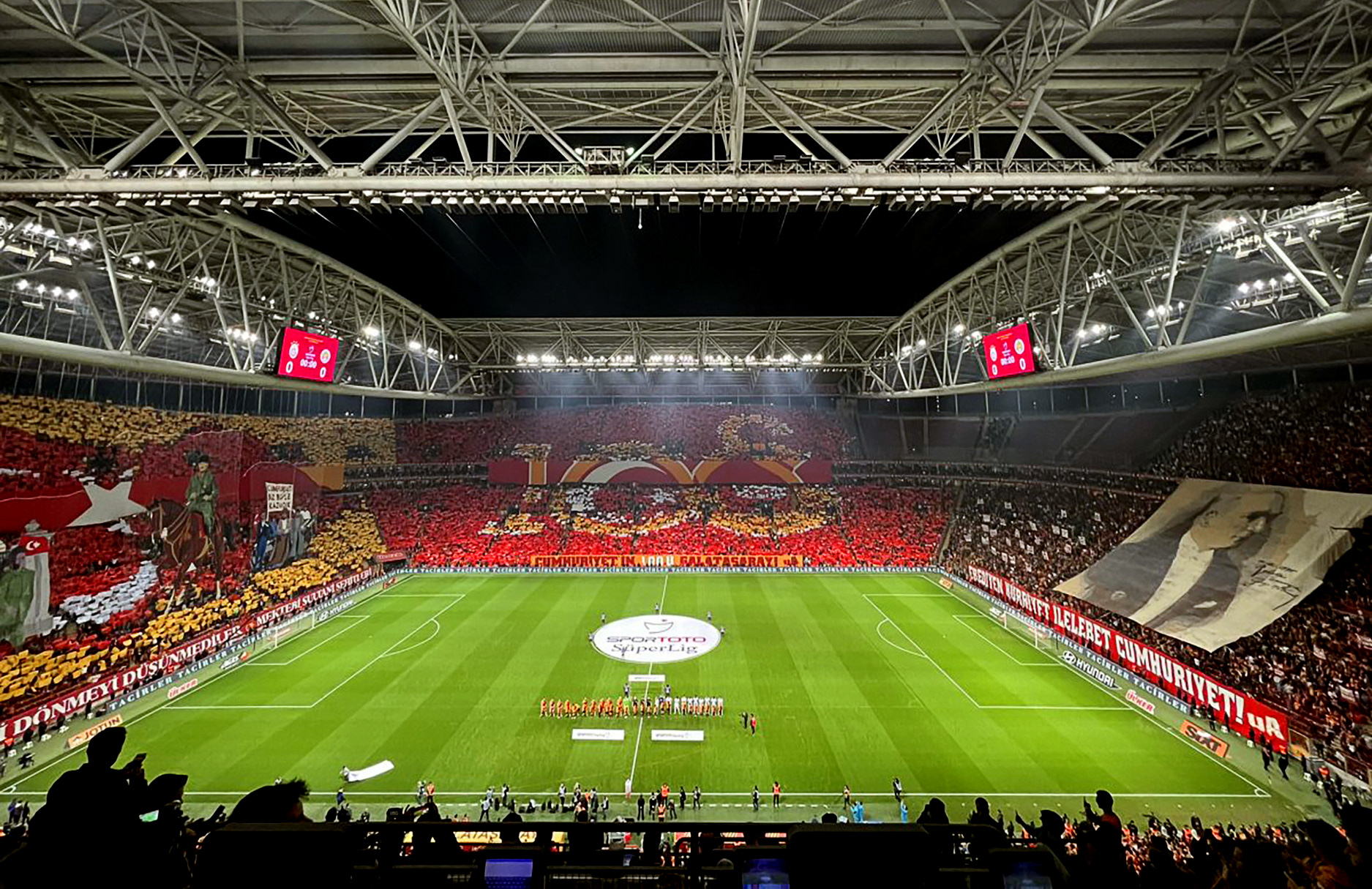 GSSTORE FASHION COLLECTION
GSStore shops announced that they will sell products with the branding of 'Galatasaray: 100 of the Republic' and uniquely designed fashion collections throughout the year, making this year an unforgettable one for the fans. 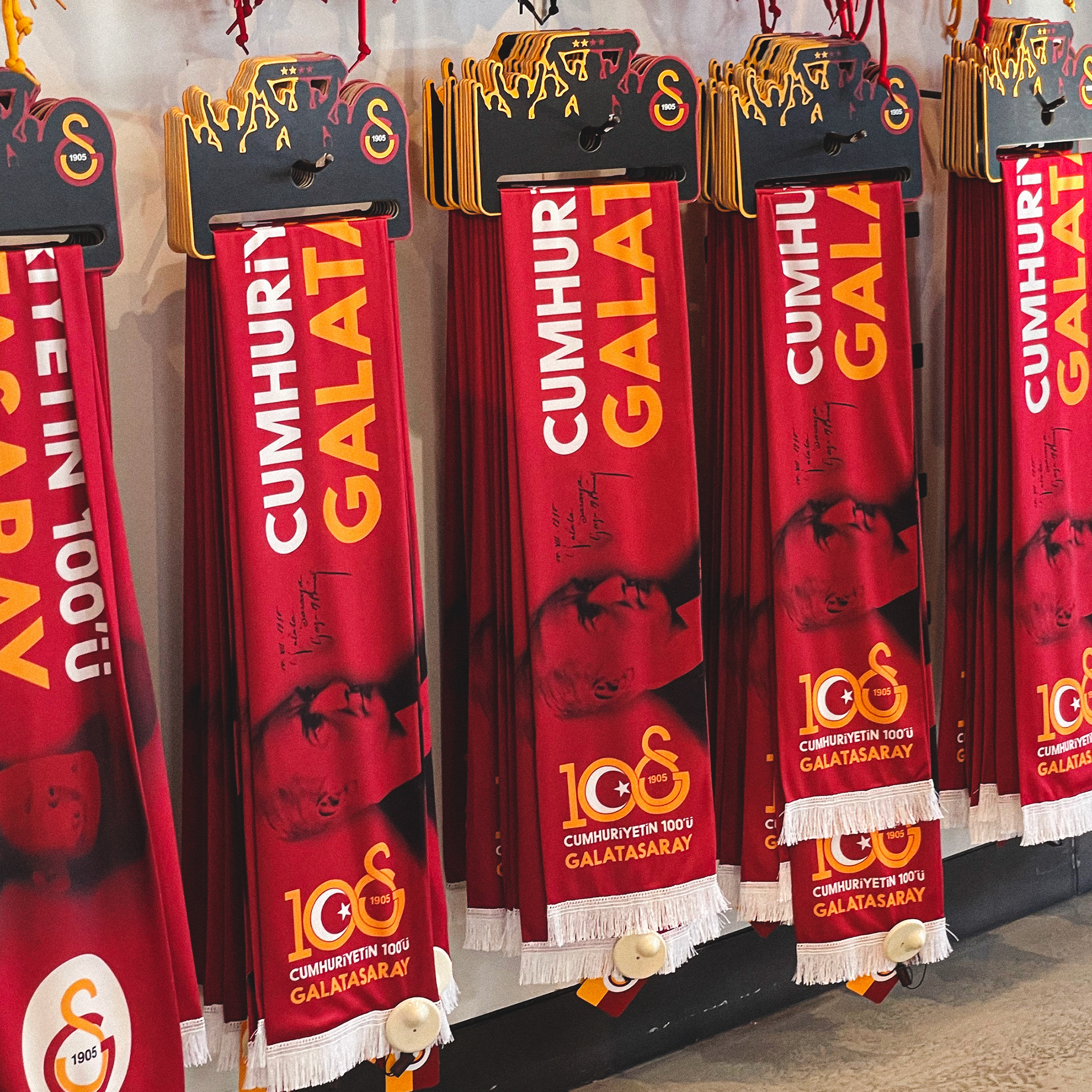 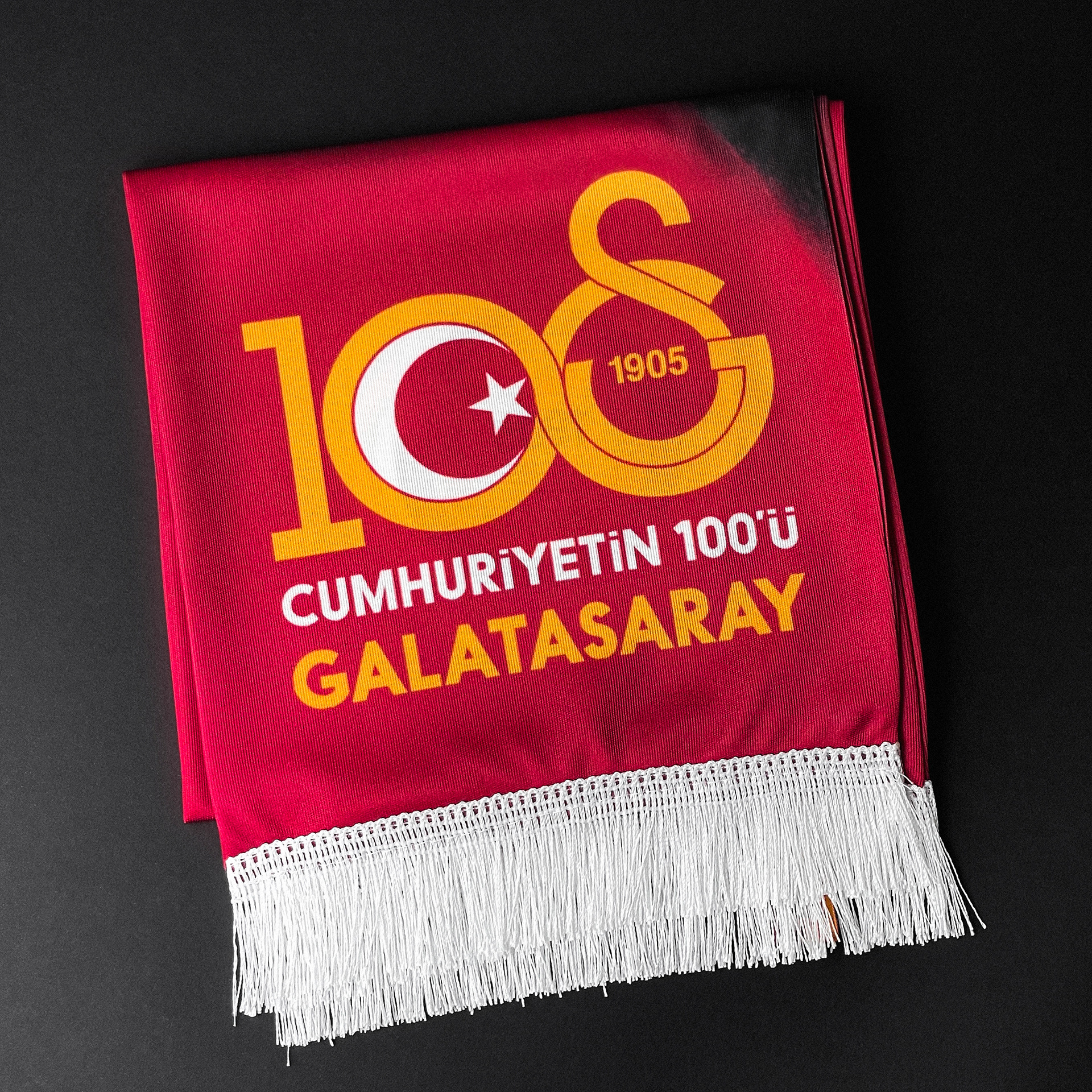 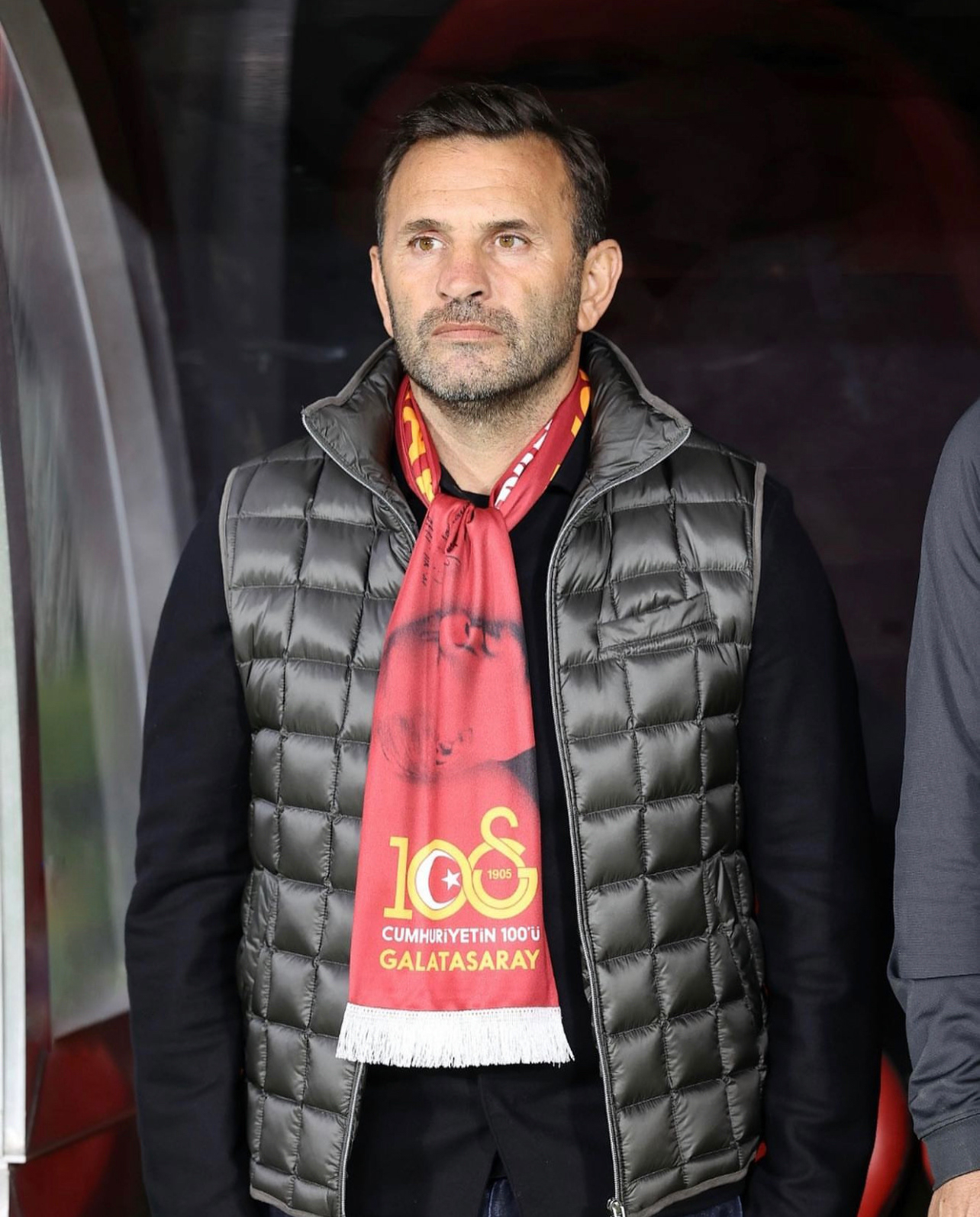 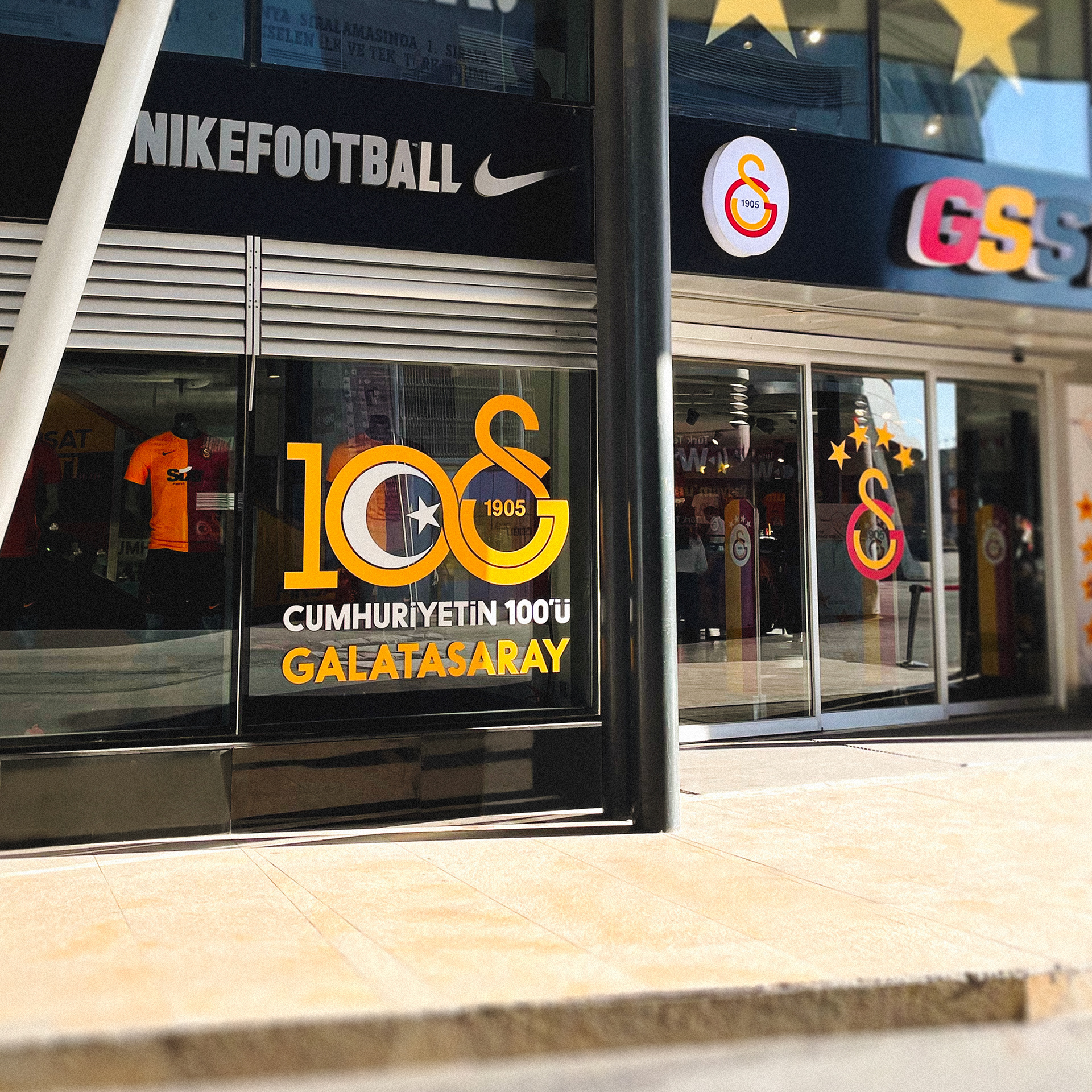 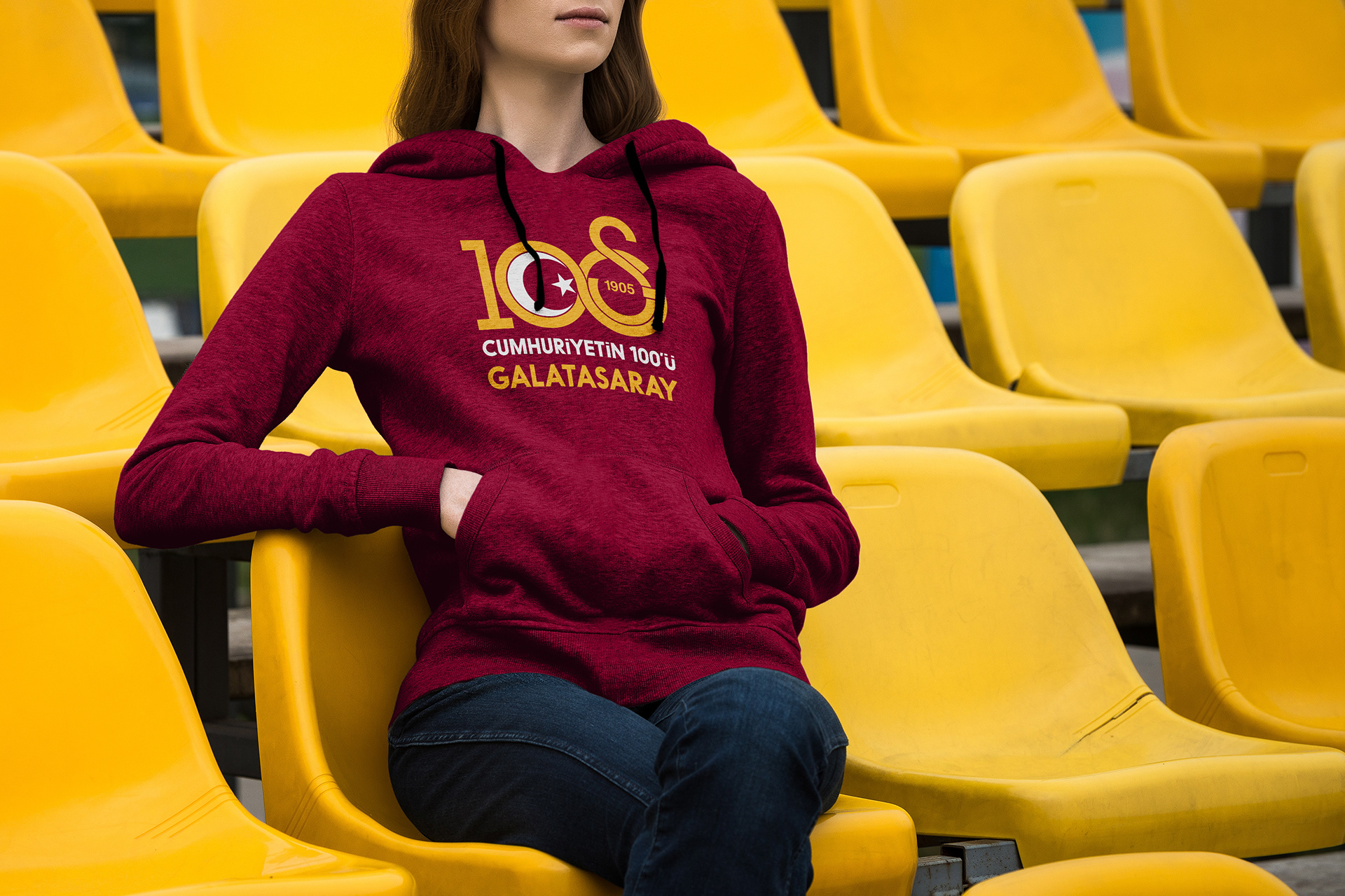 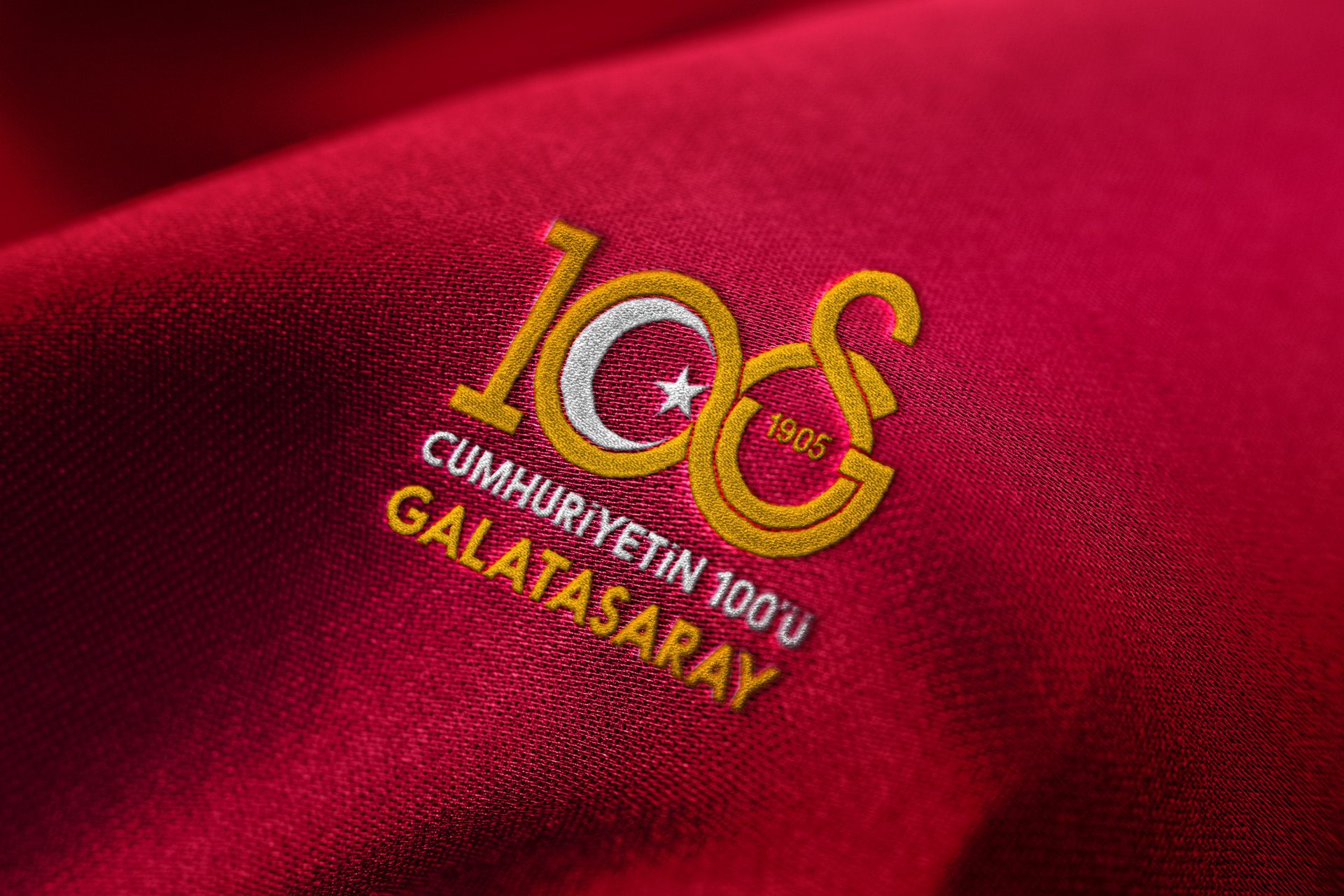 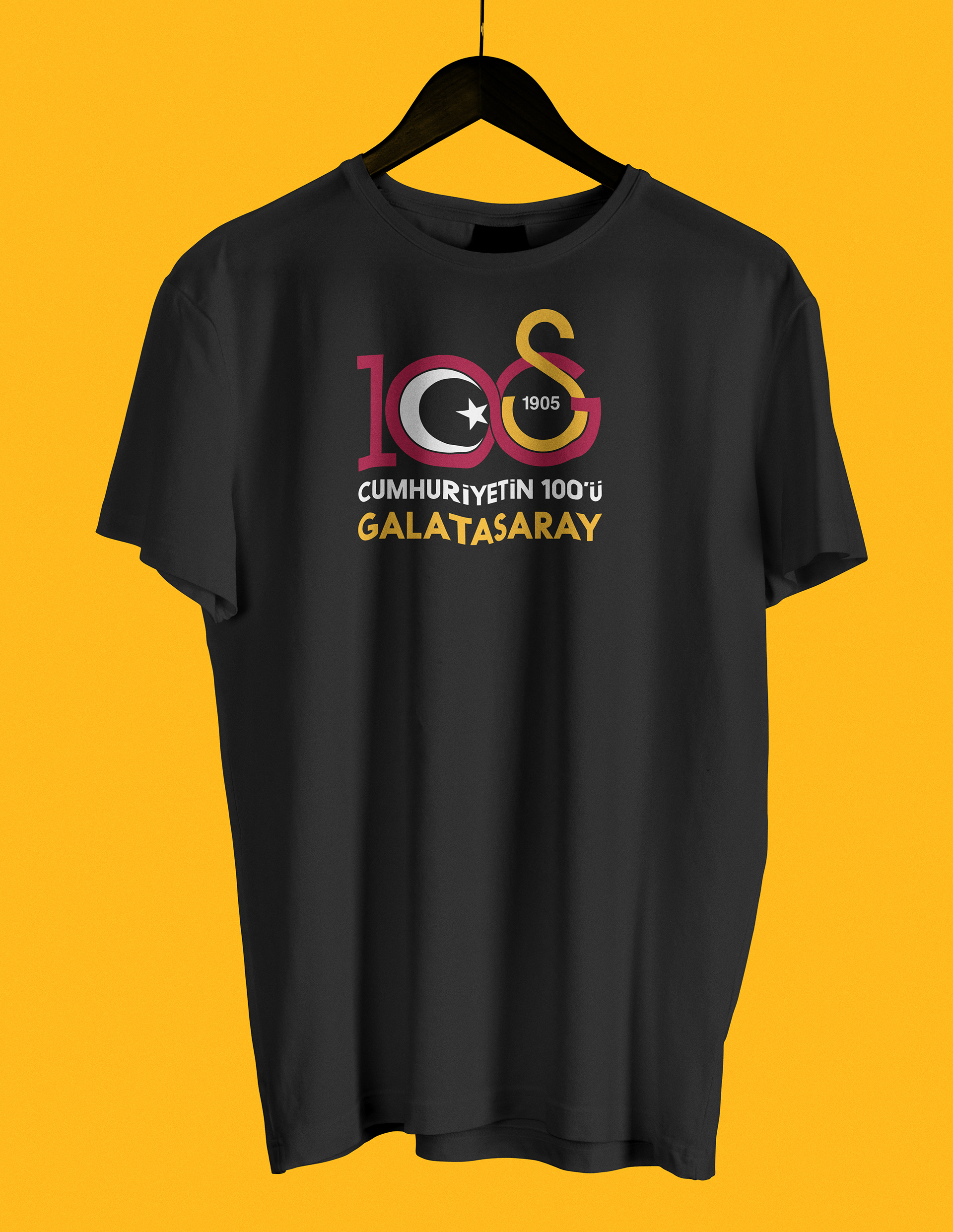 SPECIAL DESIGN JERSEYS
Galatasaray played the match in the week, which coincides with 29 October 2022, wearing a special jersey with Atatürk's signature on one side and the 'Galatasaray: 100 of the Republic'logo on the other side – after this match, these special jerseys were also offered for sale and met with the fans. 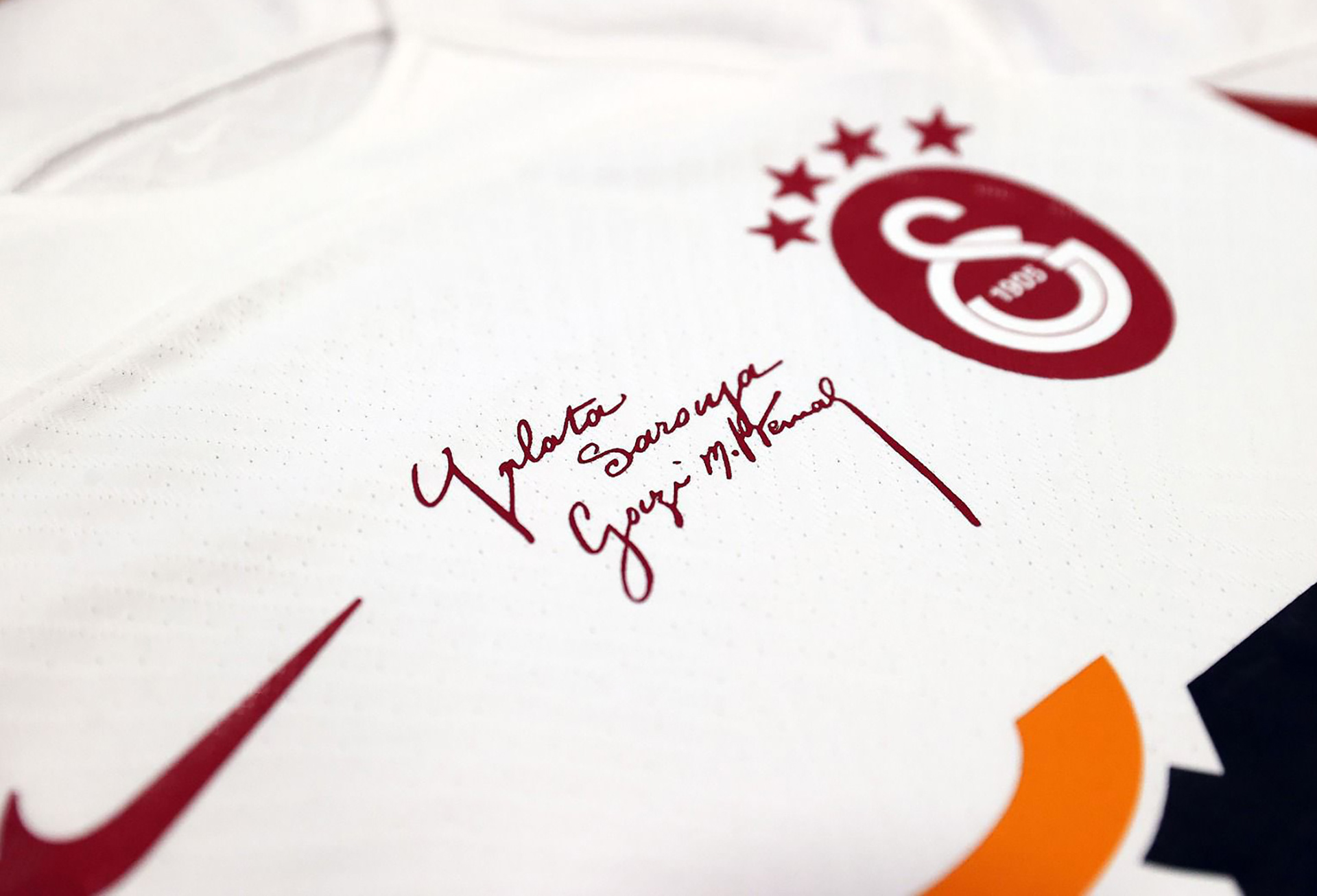 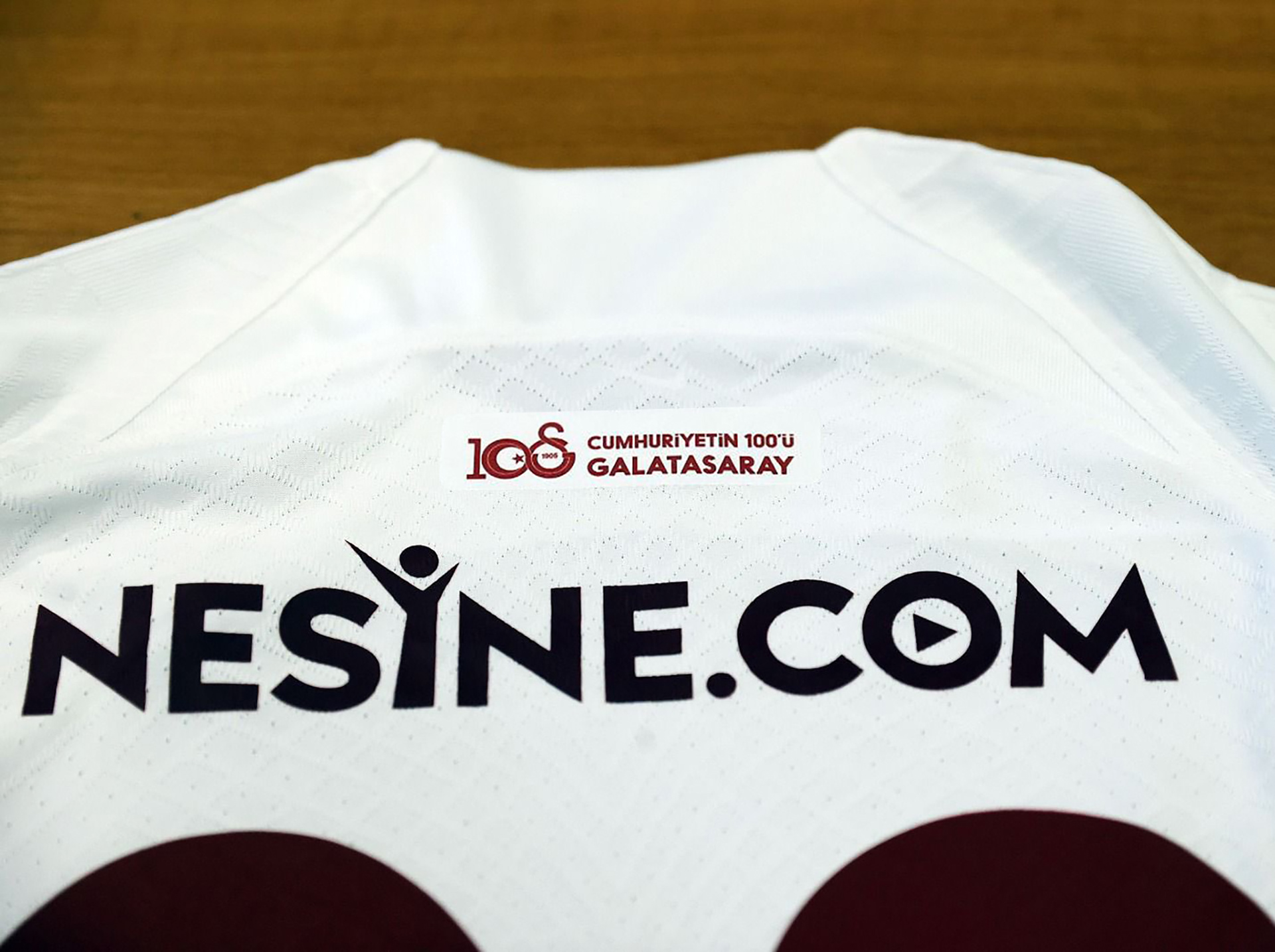 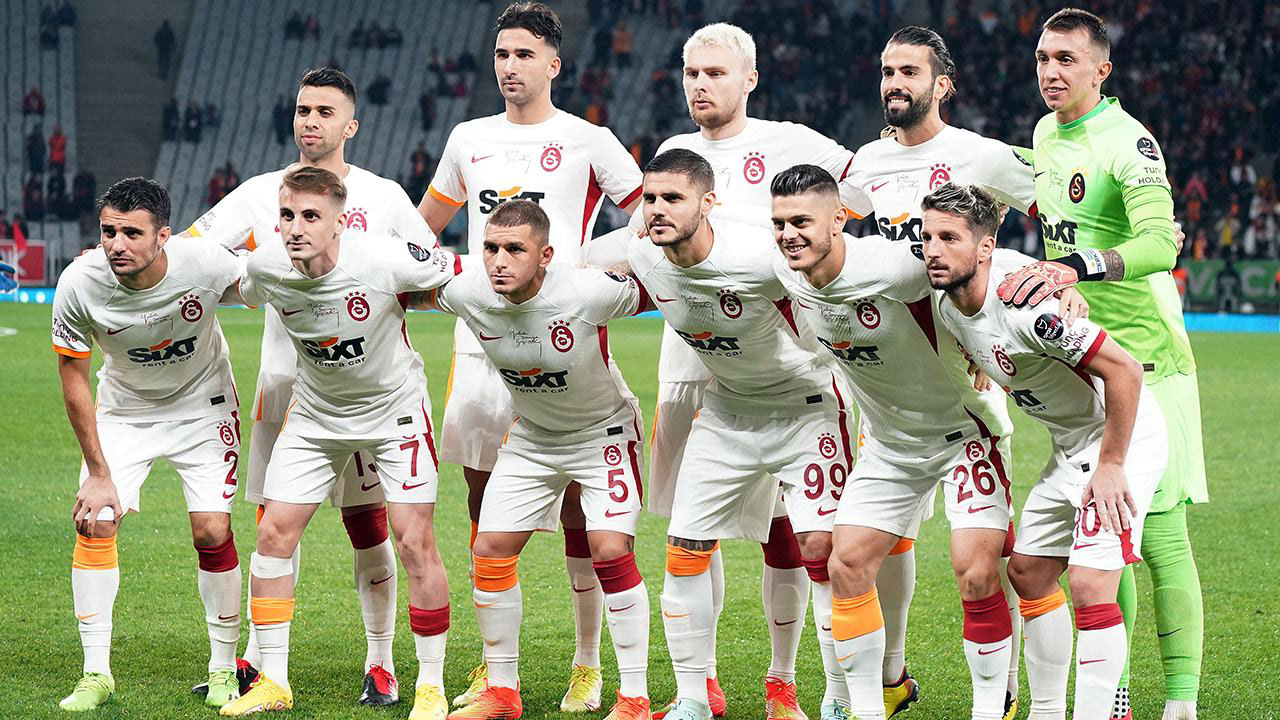 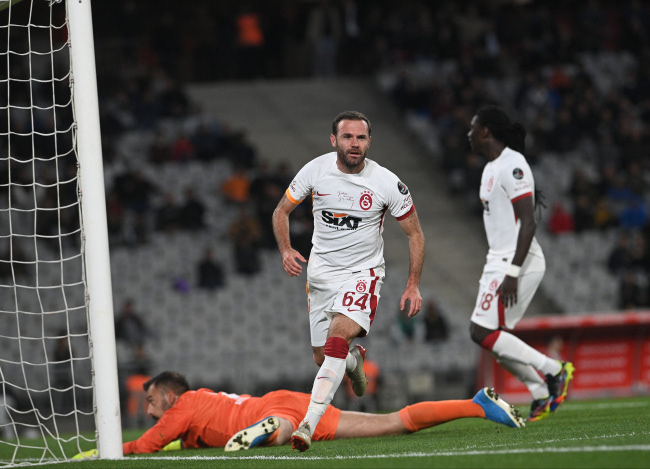 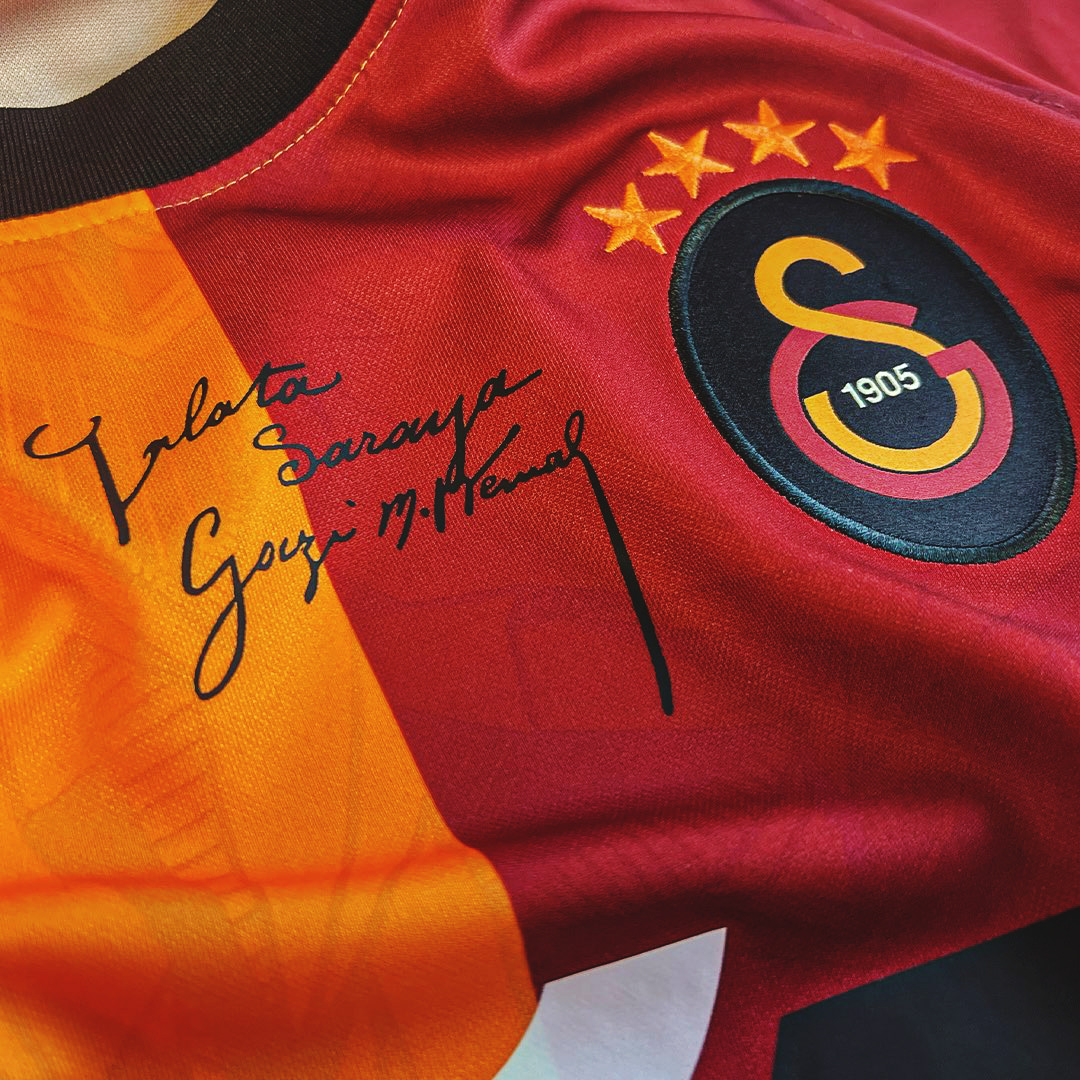 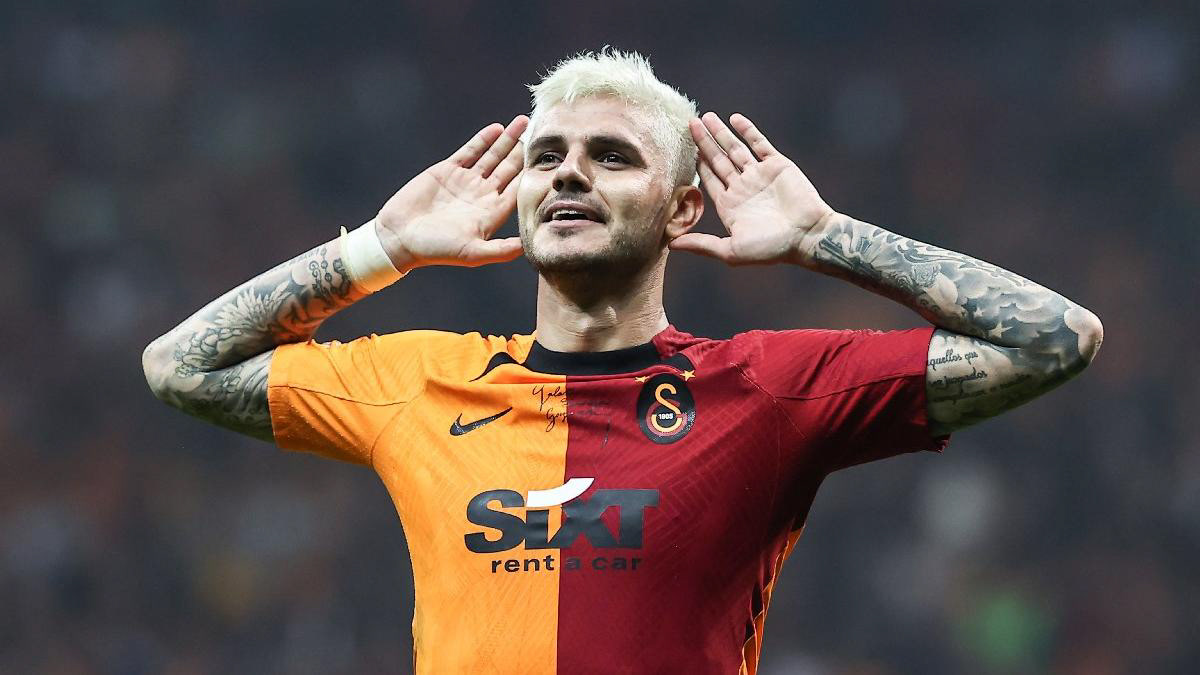 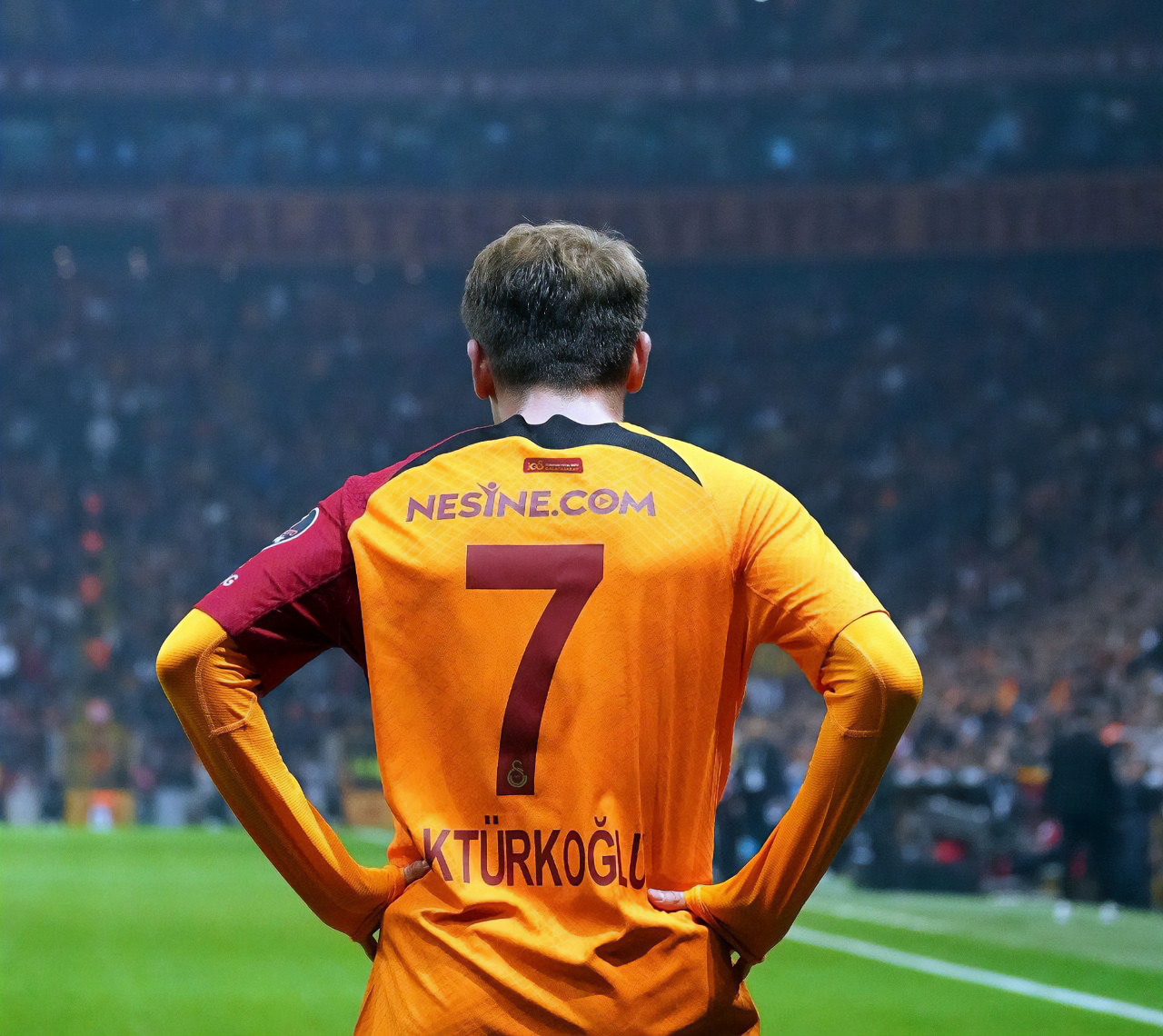 VISIT TO MUSTAFA KEMAL ATATURK'S MAUSOLEUM
With the participation of Galatasaray President Dursun Özbek, the board of directors and tens of thousands of fans came before Mustafa Kemal Atatürk at Anitkabir. President Özbek completed his words in the notebook of Anitkabir as follows, "As the face of the Republic of Turkey, we, the Galatasaray fans, are here before you today; we promise together that we will achieve greater national and international achievements in every branch in the 100th anniversary of our Republic."
​​​​​​​ 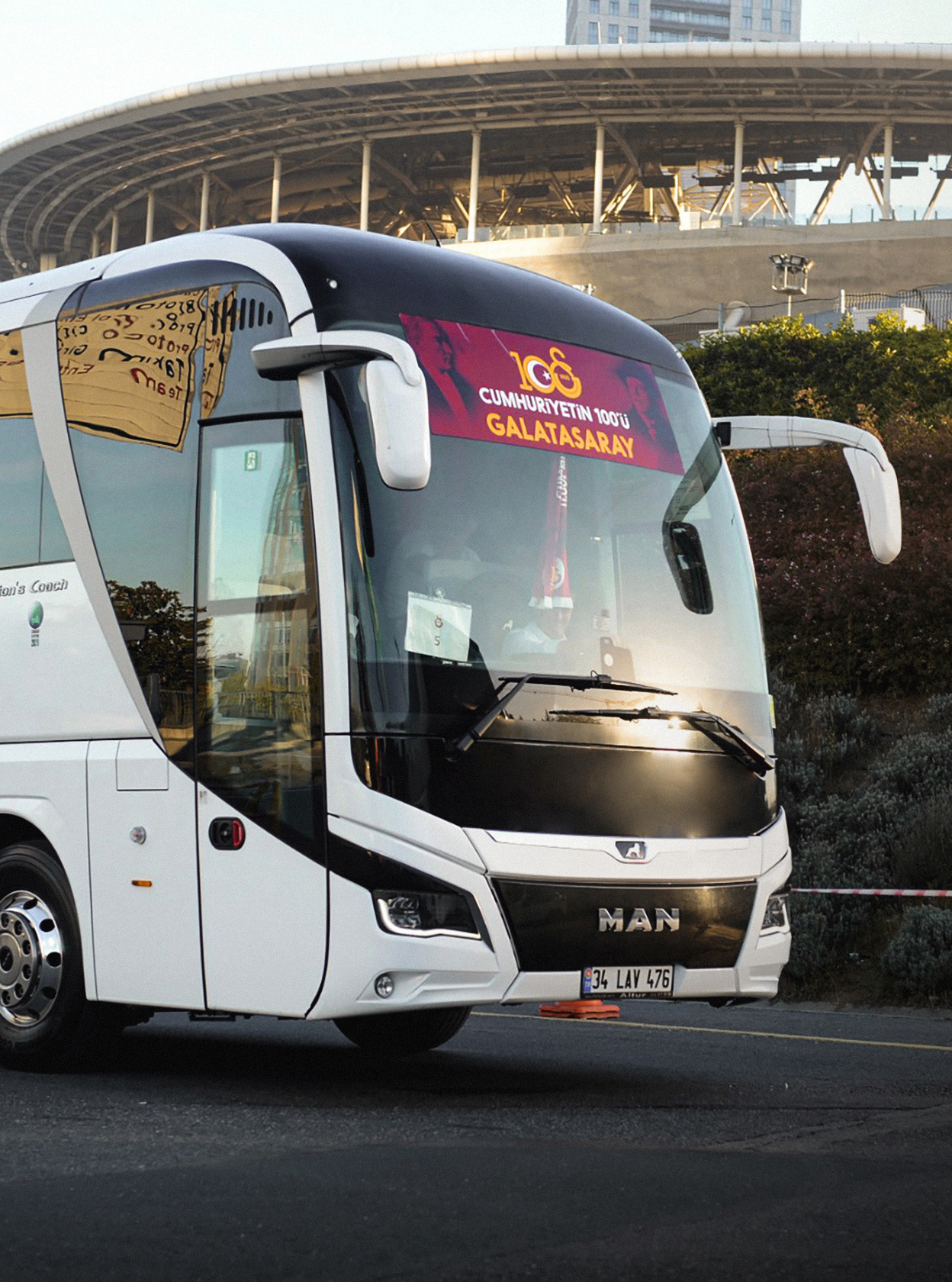 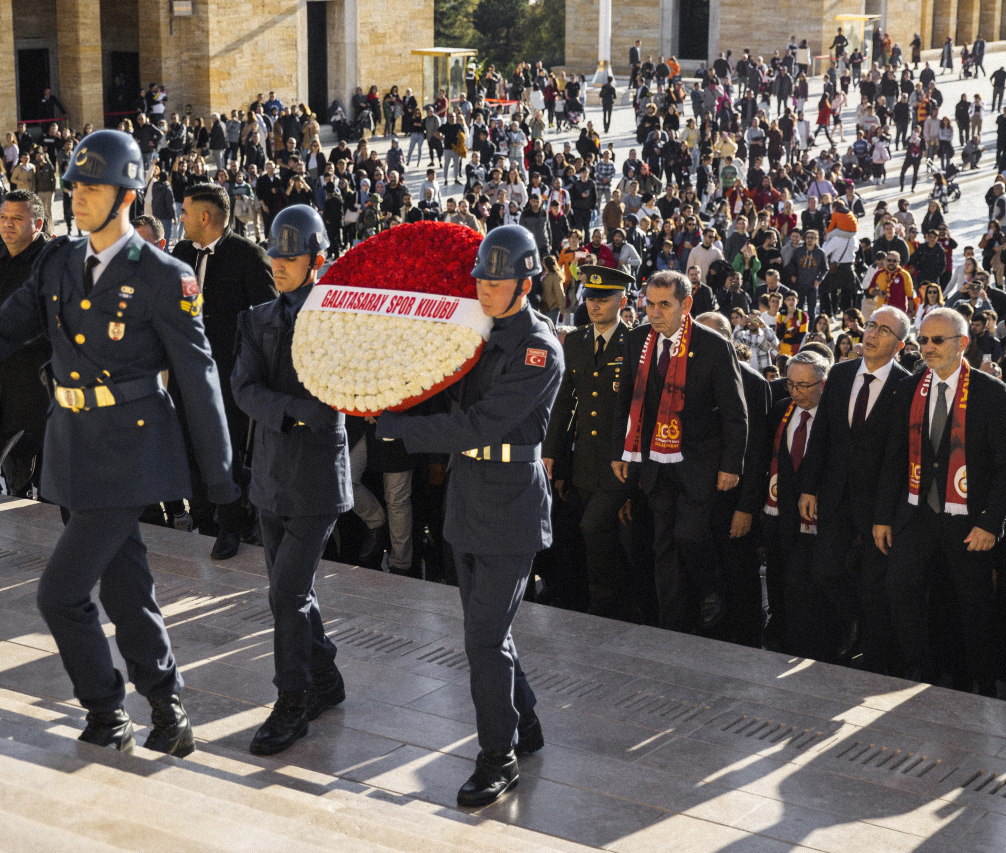 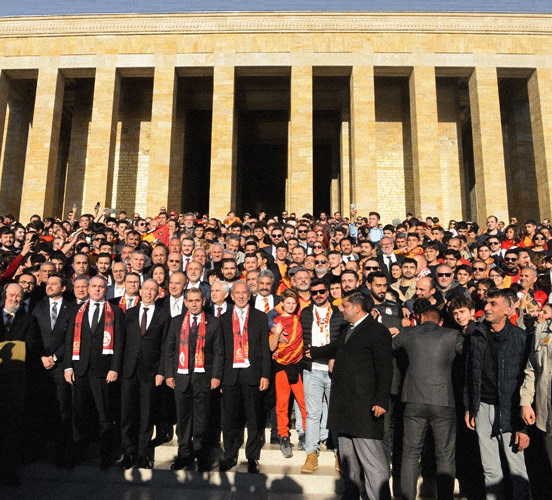 IMMORTILIZING MUSTAFA KEMAL ATATURK'S SIGNATURE TO THE CLUB
On October 29, 2022, a video was released displaying Mustafa Kemal Atatürk's historical signature to the club, saying "To Galatasaray." The video, immortalizing the moment this signature was written, was watched by millions. With this visual communication campaign, Galatasaray celebrated the 100th anniversary of the Republic and took its place as one of the brands that embraced the Republic the most, once again demonstrating its commitment to it.